GCH Legend's Point Beyond, "Jade" winning her grand championship at the Atlanta shows in August 2017. 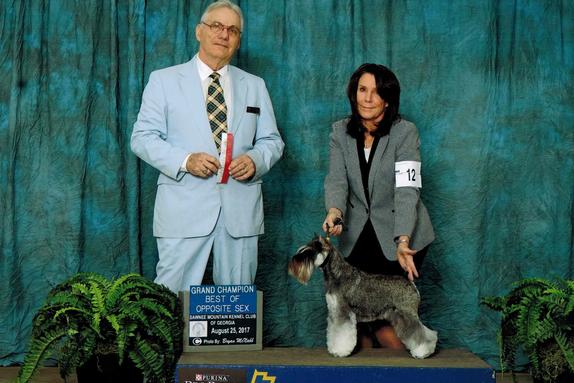 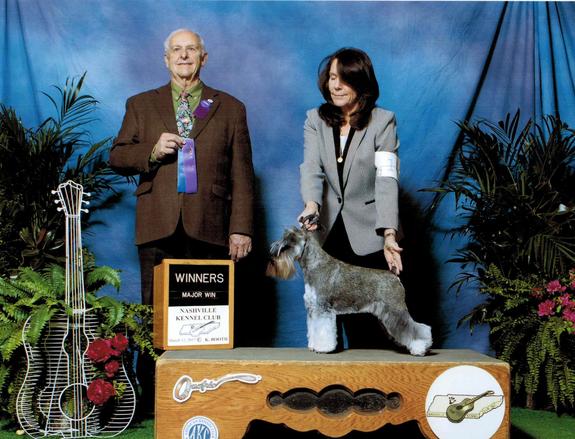 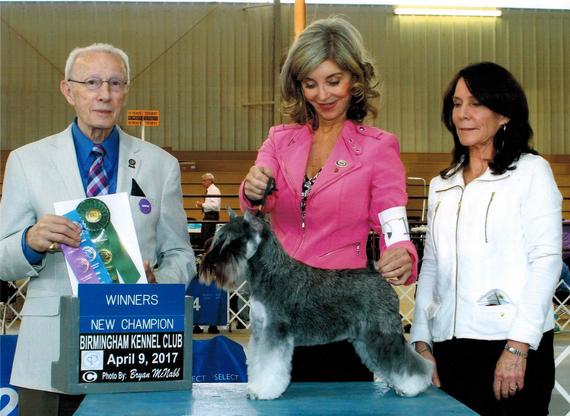 Miniature Schnauzer puppies for sale: No puppies at this time. Next litter expected in the fall.